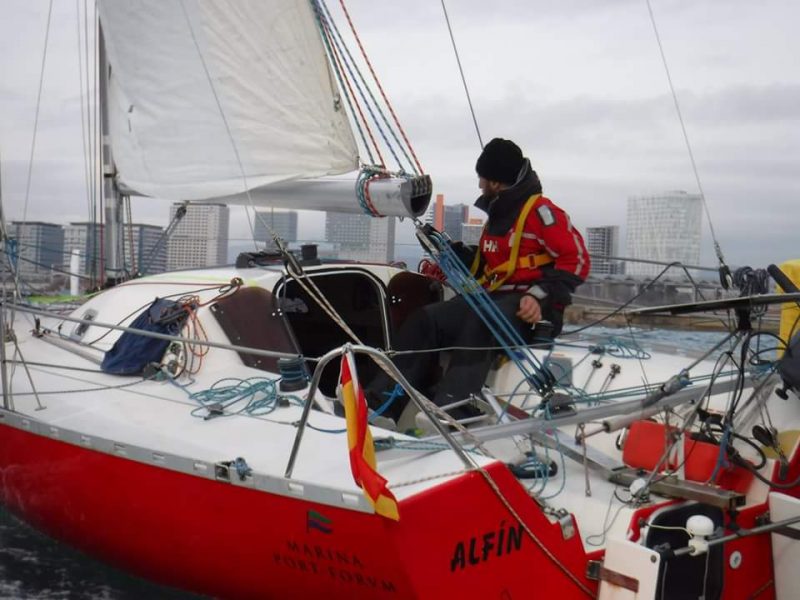 It takes little more than half a year for the departure of the Mini Transat 2017 in which I am registered. The road up here has not been a path of roses since that summer of 2012 when I bought the Pogo 1 ALFIN … But here we are with renewed energy, with an endless desire to navigate and run such an emblematic race!

And is that in 5 years has gone from everything that can happen, almost two years have passed since I brought the boat from Pollença until I did my first regatta of the Mini Class in 2014. Then came the work of going updating a boat of this class and with a budget more than ….

The truth is that I have enjoyed a lot, as much as I have learned from the lessons that have been presented. These have been the best school … Anna C. once told Guille C. and me that the Mini is a great school, what a great truth these words contained! I had never faced similar problems in similar conditions. If I had to summarize what I have learned so far, I would say that I have learned to prioritize under “pressure”.

But I’m leaving philosophy and I give way to the crucial question: the BUDGET. I just added a DONATION option in the blog that shares my Mini adventure with my work. And is that a point has arrived in which it is necessary to prepare the boat as much as possible, any element has to be revised and renewed if it is not going to be able to fulfill its mission.

So I find myself saving up to the last euro I earned in order to pay the cost of the Atlantic “aventurita”.

Any donations that can be made to me will be well received and well invested in the project, much has to be done with the minimum budget. Another challenge within the challenge 😉